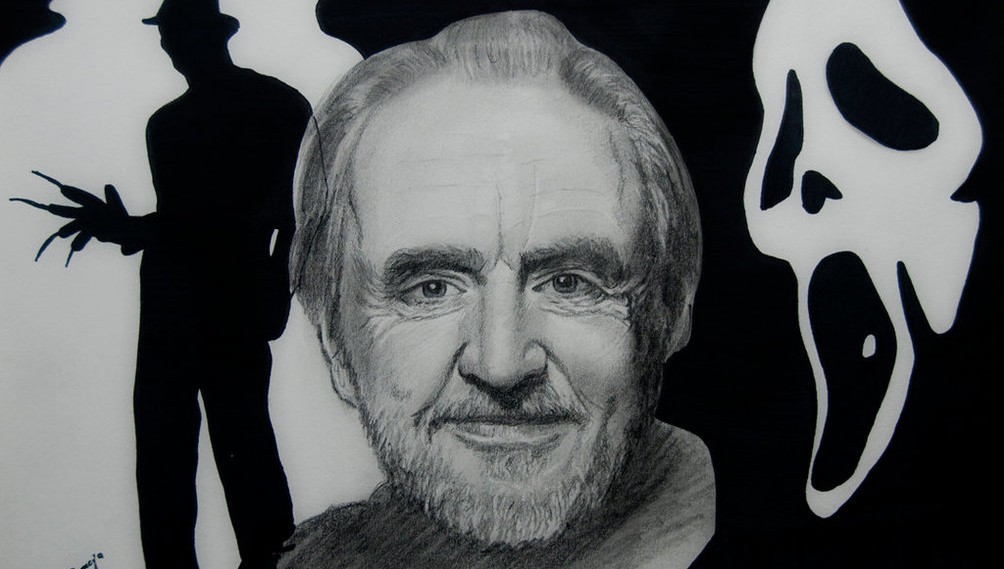 Well, this is a bummer. Wes Craven has passed away at the age of 76. Apparently he was fighting brain cancer, which was also news to me.

More than any other director, Craven helped shaped at least three decades of horror cinema. Starting with The Last House on the Left in 1972, he made one of the most well known (mostly because of his later successes) entries into the exploitation era. The pseudo-remake of Ingmar Bergman’s The Virgin Spring, the movie tells a lurid tale of rape, murder, and revenge. If you haven’t seen it (or have seen the lame remake), do yourself a favor and see how uncomfortable you can get in a night. Taking queues from cinematic master Bergman, Craven elevates his otherwise sleazy picture to one that makes the viewer question how far a person can take vengeance before it becomes sadism and why he or she is watching something so gross in the first place. He also made the nuclear panic exploitation movie The Hills Have Eyes, which got a better remake.

In 1984 Craven jumped into the newly formed slasher game with A Nightmare on Elm Street. Once again, not content to play in a strict sandbox (this one built by John Carpenter and Sean Cunningham), Craven decided to branch out and make his unstoppable killer a dream demon that attacks while the characters sleep. While earlier slashers don’t exactly run on intelligence, the high concept menace of Freddy Kreuger elevated the sub-genre to a more cerebral plane where the heroes have to fight with dream logic and the bad guys uses deep-seeded insecurities to murder teens. Craver continued this supernatural slasher trend in 1989 with Shocker, a film where a killer get the chair and becomes an electricity demon. This film was less successful the Elm Street, but is still highly entertaining. A new bluray version of it just came out, so check out this little seen gem.

Once the slasher sub-genre began to lose steam in the late eighties and early nineties, horror started to become more rare in America’s cineplexes. While it never went away, it certainly lost some of it’s appeal (sex and otherwise) with gen x. Enter Craven, again, who decided to get a little meta with horror, and debuted Wes Craven’s New Nightmare in 1994. Starring Heather Langenkamp, the star of the original Nightmare on Elm Street, as herself, New Nightmare follows the actress as she is terrorized by strange, Freddy Kreuger related visions as a new Nightmare movie begins production. Aside from writing and directing the (kind of) sequel, Craven even plays himself in the film. While being a little too “smart” for it’s own good and a little too dour, the film is entertaining and was a modest success.

Riding on the financial and intellectual success of New Nightmare, Craven released Scream in 1996. Adding humor and self-awareness to his meta examination of the tired tropes of the slasher genre, Scream became a massive hit, and reignited horror’s mass appeal, which hasn’t let up since. Spawning three sequels (all directed by Craven), and new show on MTV, Craven has the unique accolade of creating two of the most culturally ubiquitous series of all time.

While his output certainly dropped off in the new millennium, Craven still had a couple hits with things like Red Eye, a nifty little airplane thriller with Cillian Murphy. Those releases, and returning to the Scream franchise in 2011, definitely solidified his place as a name that could still get wide distribution until the end, unlike most of the other horror directors with which he started.

I’m only hitting the high notes here. I didn’t even mention his foray into the comic book genre with 1982’s Swamp Thing, or his weird-ass socially conscious The People Under the Stairs. Dude has plenty to choose from.

For the first time in four decades, we’ll have to see what it’s like to not have a new Wes Craven project somewhere on the horizon, which definitely bums me out. Thanks for all the fun, Wes. You will be missed.