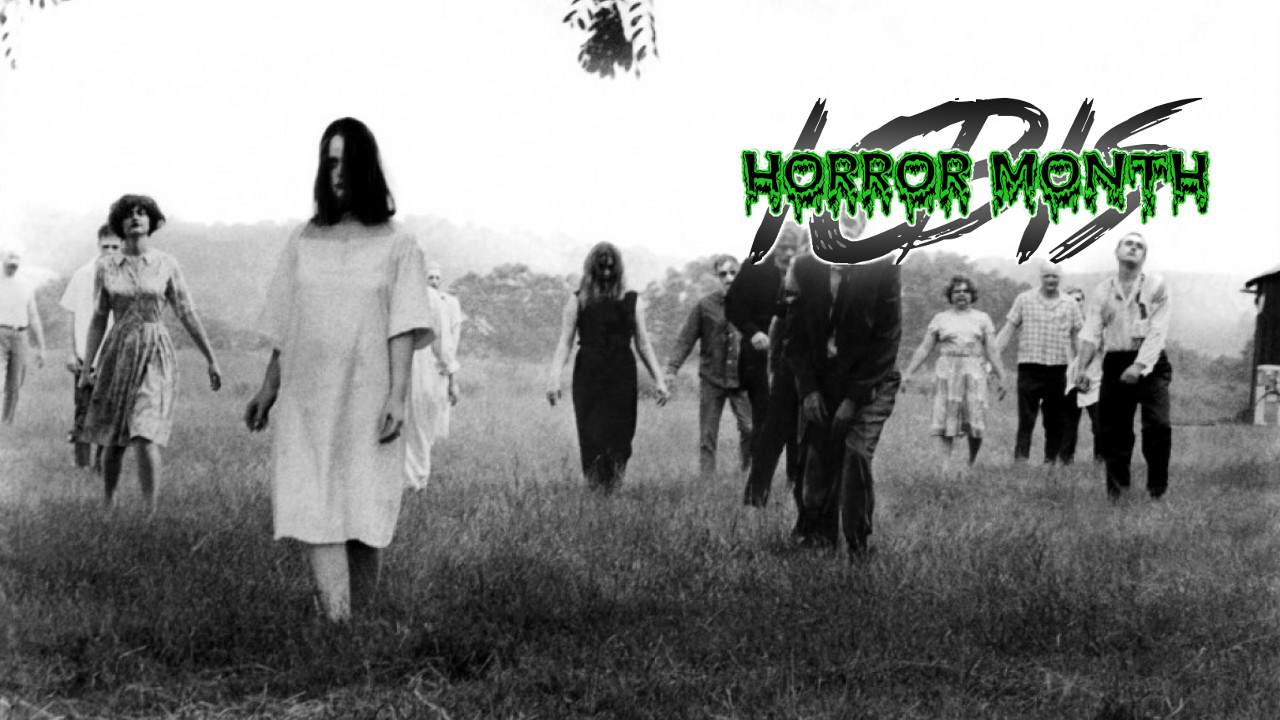 Zombies and You: Overload of the Living Dead

So zombies… I can’t think of anything in pop culture that I have more of a love/hate relationship with than zombies. The concept is deceptively simple: the dead rise from the grave and want to eat brains. You can really layer whatever other story elements you want on top of that core concept. You can have zombie war movies, zombie love stories, zombie comedies; pretty much anything works. It’s such a broad concept that casual fans can tune in and out without having to worry about any complex mythos, but still malleable enough that horror buffs can argue the merits of fast zombies versus slow zombies, or comet zombies versus radioactivity zombies (I like my zombies slow and of unknown origin).

The hate comes mostly from the oversaturation of the monster in pretty much every type of media available. You can’t swing an (un)dead cat without hitting some zombie bullshit. You’ve got The Walking Dead (and now it’s spinoff) blowing up TV. You’ve got zombie 5ks, zombie walks, and zombie nights at baseball games. You’ve got zombie Nerf guns. Even zombie Gerber knife sets! Marvel even released an unending series of Marvel Zombies comics. Much like the concept itself, it seems the ever encroaching horde of zombie media will inevitably devour us whole.

There’s nothing inherently wrong with all this zombie fare, but what bugs me is that the creators cranking all this stuff out tend to just use zombies as a go to monster that doesn’t require any explanation. Want to make a horror movie, but don’t have a real story? Just use zombies! Want to make a parody with some violence? Slot in zombies! They don’t carry any storytelling requirements or backstory that might make a story interesting. That’s not to say you can’t have an interesting story with zombies, it’s just that most creators don’t even seem to try.

But despite all that, I still kind of love zombies. I will continue to roll my eyes at things like Pride and Prejudice and Zombies (which, I shit you not, is the top Google suggestion before the actual Pride and Prejudice), and I’ve been way off the Walking Dead bandwagon since halfway through season 2, but I’ll still tune in every once in a while to see what kind of awesome gore KNB is dropping in the middle of all the heinous plotting killing the show.

That’s the love part of the zombie equation, I guess. The fact is that whatever zombie media you consume, you’re probably going to get some kind of mayhem, regardless of quality. You can even go into movies that aren’t expressly about zombies, and still have them show up for some flesh devouring fun (see: The Beyond). Unlike ghosts or vampires, zombies are so consistent that you can sit around and plan how you would deal with the hypothetical zombie apocalypse (there’s a correlation to the resurgence of zombie media and the rise of survival fetishists). There’s something for everybody with zombies.

I think most horror nerds, and a lot of film nerds, really get into horror via zombie flicks. It’s a sub-genre where you can easily compare tangible details (writing, acting, cinematography, special effects) from one film to another because they’re all essentially the same movie with a different skin. That leads to being able to understand what works about certain genre tropes, and then being able to apply that understanding to other sub-genres. For everyone else, zombie movies might be the most accessible: they’re easy to locate (there’s a billion of them) and even the bad ones typically have gore. For every 100 bad zombie movies, you might land on one that really gets it right. And when a zombie movie gets it right, it’s something special.

Here’s a brief history of zombies:

While the concept of “undead monster” has been around for ages, the zombie is really rooted in Haitian folklore. In that tradition, zombies are people risen from the dead by necromancers to be servants. This is seen by many scholars as a folklore metaphor for Haitian slavery.

The undead in English literary tradition tracks back to Shelley’s Frankenstein and moves onward through Poe, and to Lovecraft. EC Comics started printing old horror tales in graphic form in the ’50s, which informed a whole generation of horror fanatics. However, for as far back as the undead ghoul tropes stretch back, we modern audiences seem particularly transfixed on the idea of the mass mobs of zombies as first pictured in George Romero’s Night of the Living Dead. Romero doesn’t claim to have invented the monster, and cites EC Comics and Richard Matheson as heavy influences on the material, but he jammed all the right pieces together to make a classic.


So why did the Night of the Living Dead leave as big a mark as it did if it was just repackaging undead stories from before?

I’ve said it before on the podcast (click here to listen), but the best kind of horror is the kind that both shocks you and makes you think. There’s nothing wrong with having one or the other, but getting both is catching lightning in a bottle. This is pretty much why people having been losing their shit over It Follows and The Babadook. While not groundbreaking films at all, they both the deliver the shocks, and they make you think. In short, they’re scary and they’re about something. Which is why I think George Romero’s Night of the Living Dead left such a huge crater in the pop cultural landscape. For one, it’s a great movie by a great filmmaker. It’s shot well, the makeup is great, and the performances are decent across the board. It’s got shocking violence and surprising plot beats; the thing just works. On top of the general quality of the film, it’s got subtext to spare.

Like Shelley and Stoker, Romero had a lot of shit on his mind, and chose an effective monster to convey those ideas. You want to discuss racism in NOTLD? Ageism? Communism? Sexism? Go for it, it’s all there. The biggest allegory there is the existential fear of invasion and death brought on by the Cold War. The Red’s were always plotting, and everyone was well aware of the threat of nuclear attack at any time, so the depiction of a sudden breakdown and an inescapable threat hit hard.

Quite simply, the movie landed at the right place at the right time, and just never stopped being relevant. The archetypal isolated farmhouse looks the same now as it did then. The carefully chosen age, sex, and ethnic makeup of the cast still resonates now as it did then. You can fire that movie up and not only will it most likely still creep you out, you’ll be shocked to see our contemporary culture reflected in it.

Once this version of the zombie premiered in 1968, it took a seat directly next to vampires and werewolves as a horror mainstay. The ’70s and ’80s are the golden age of zombie movies, capitalizing on the tumultuous political climate and innovation of practical special effects. The only real gap in zombie popularity occurred in the ’90s, a time of relative peace after the collapse of the Soviet Union. But, along with 9/11 and the rising threat of Islamic Radicalism, here we are again in another zombie renaissance. It seems that even when the creators don’t care about subtext, zombies tend to carry it anyway.

So it makes sense that zombies have such a mass appeal. With or without a strong allegorical conceit, zombies allow us to confront the inevitability of death, and fight back with machine guns and machetes. We can face the vulnerability of humanity, but still trudge forward despite it.

And also, disembowelment. That part’s awesome.